This is a sure-fire torn and restored paper effect with a „sucker“ finish that is a real surprise. A yellow piece of paper, approximately 8 1/2″ x 22″, imprinted with Chinese characters is displayed and referred to as a Chinese Wishing Paper. The paper is then torn into a number of pieces which are folded together. In the process of restoring the pieces, a packet of pieces drops to the floor.

The magician looks embarrassed but tries to pass it off by acting innocently. The torn pieces in his hand are now opened and the paper is seen to be restored. After mild applause (and derisive laughter) the magician takes note of the packet of pieces on the floor. He picks it up, opens it out and says, „This is a picture of the fellow who taught me how to do the trick!“ He then displays a large printed picture of an oriental face. Packaged in dozen lots. 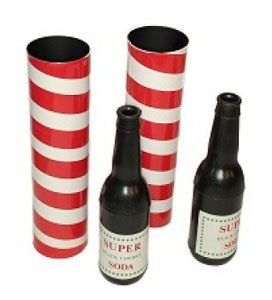