The Dream Queen has been one of our best sellers as an extremely effective Card trick, ready to use any time, any place. We have now produced aJumbo Card Version of the same item (4 times bigger than normal Playing Cards), at an extremely affordable cost. You can now use this as a platform or school show item for a much larger audience.

Effect : The performer displays a large envelope with four Jumbo cards in it. He states this contains the four Queens from a deck of cards, but one Queen is different to the other three.
A spectator is asked to call out any of the four Queens, – the Queen of Spades, Hearts, Clubs or Diamonds. The spectator is free to call out any of these, and can even change his mind if he wishes. Let us presume he calls out “Queen of Spades.”

The four cards are removed from the envelope at the finger tips. The envelope is shown clearly empty and can be examined. The four cards are now fanned, and there are three face down cards, and only one face up card in the fan. It is the selected Queen, – the Queen of Spades
.
This Queen is now turned face down, and the back is seen to be of a different color to the other three cards. If the backs of the other three cards are blue, the Queen of Spades  is the only card in the four with a red back.

We supply you the four very special cards that makes this miracle possible, and a suitable envelope to hold the cards. All packaged in an attractive format, this is a very easy trick to perform in your act, and makes an excellent and affordable gift for any one interested in Magic. 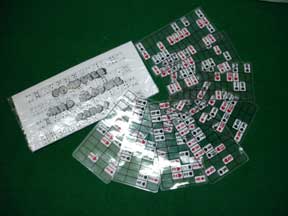 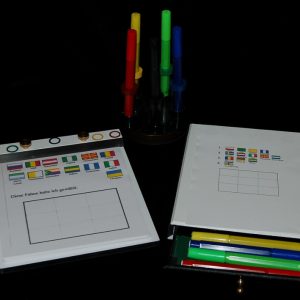 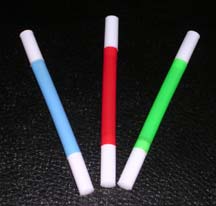 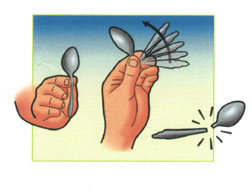